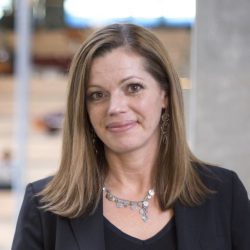 Jocelyn L. Hayley, P.Eng., Ph.D., FEIC, is a Professor (Geotechnical) and Head in the Department of Civil Engineering, Schulich School of Engineering at the University of Calgary. She holds a bachelor’s degree in Civil Engineering and a Ph.D. in Geotechnical Engineering from the University of Alberta and did a postdoctoral fellowship at the prestigious Norwegian Geotechnical Institute in Oslo, Norway. After spending some time in the industry and consulting on various projects, Dr. Hayley joined the University of Calgary in 2001. In 2018, she became Head of the Department of Civil Engineering following 3 years as Senior Associate Dean (Research) in the Schulich School of Engineering. She has been involved in the geotechnical and gas hydrate communities at the local, national and international levels, contributing in various ways. Notably, she is the founder of the cYGEC conference series,  was the Associate Editor for the Canadian Geotechnical Journal, a member of the Education Committee for the Canadian Geotechnical Society, and a frequent speaker at the Gordon Research conference series on Gas Hydrates.

She has won multiple SSE Teaching Awards, received the Stermac Award, was named Calgary’s Top 40 under 40 and received the Trailblazer Award from Women Engineering the Future.  In 2017, APEGA recognized her contributions towards diversity with the Champion of Women in Engineering and Geoscience Award and the Engineering Institute of Canada recognized her career contributions with Fellowship in the EIC.  Jocelyn remains a strong advocate of equity, diversity and inclusion in STEM and beyond and enjoys challenging audiences to use diversity, in all its forms, to inspire creativity and innovation.  She has an ever-evolving group of research students from around the world that explore the geomechanics of gas hydrates, gassy soils, and permafrost sediments to understand geohazards arising from climate change and energy production. 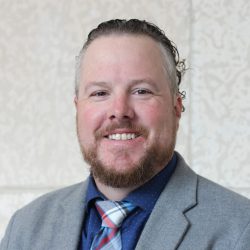 Dr. Nicholas Beier is an Associate Professor of Geoenvironmental Engineering in the Department of Civil and Environmental Engineering at the University of Alberta. His research interests include freeze-thaw dynamics of mining wastes, frozen ground engineering, waste management in cold regions, modeling and characterizing the engineering behavior of oil sand tailings, tailings dewatering technology development and simulation modeling for evaluation of mine waste management technologies. He also conducts research into the long-term management and closure of mine waste structures.

He is the Principal Investigator of the Oil Sands Tailings Research Facility, a co-Principal Investigator of the NSERC Strategic Network (TERRE NET) and a Theme Leader in Phase III of the NSERC/COSIA Industrial Research Chair in Oil Sands Tailings Geotechnique. Prior to entering academia, Dr. Beier amassed over 15 years of industrial engineering experience, including acting as a Technical Advisor for Canada’s Oil Sands Innovation Alliance (COSIA).

STAY TUNED      Subscribe to receive the latest conference announcements.
Venue West ensures the information of this form submission is confidential and not shared or sold to third parties.